The speed at which frontend technologies are changing is rapid. The two biggest players, Angular from Google and React from Facebook, are releasing new versions of their frameworks at an astonishing speed. Apart from these open-source projects, another open-source project has been the third candidate in the list of frontend frameworks over the last years: Vue.js. This project, unlike the first two projects mentioned above, is not driven and supported by a large company. Instead, a very active community is pushing the development, primarily the developer Evan You, who started this project in 2015.

Our development team evaluated different frameworks over a year ago and identified VueJS as the framework that will use for our product development in the future. Also, this year Christian, Javad, and I took the opportunity to improve our knowledge about Javascript and Vue.js at the biggest Vue.js conference in Amsterdam. The venue, the Amsterdam Theatre, is worthy of mention, located in the harbor of the city. The main attraction there is probably the auditorium with its 50 x 10-meter screen and over 1100 seats. It was the biggest screen we have ever seen.

In 2020 the conference took place for the third time - over 1200 developers and interested people from all over the world met in Amsterdam to get first-hand news from the makers behind the open-source project. With the speaker lineup, the conference showcased the who's who of the Vue.js community: Besides Evan You, other Vue.js Core team members, project leaders of the top Vue.js open-source projects and well-known personalities from the community gave presentations.

The central theme of Vue.js Amsterdam 2020 was the next version, Vue.js 3, and that was precisely what the creator himself presented on, in a very detailed preview of the upcoming features and performance updates. In "State of the Vuenion 2020" Evan gave an overview of the growth of Vue and, of course, a status on Vue 3. Vue continues to grow very fast - the development of Vue 3 is mostly completed, the latest version is currently 3.0.0-alpha2, the first beta version expected at the end of the first quarter of 2020. The presentation finished with some code examples of the new composition API, which will be available in Vue.js 3 in addition to the Options API. You can watch the opening keynote (58:56) here: 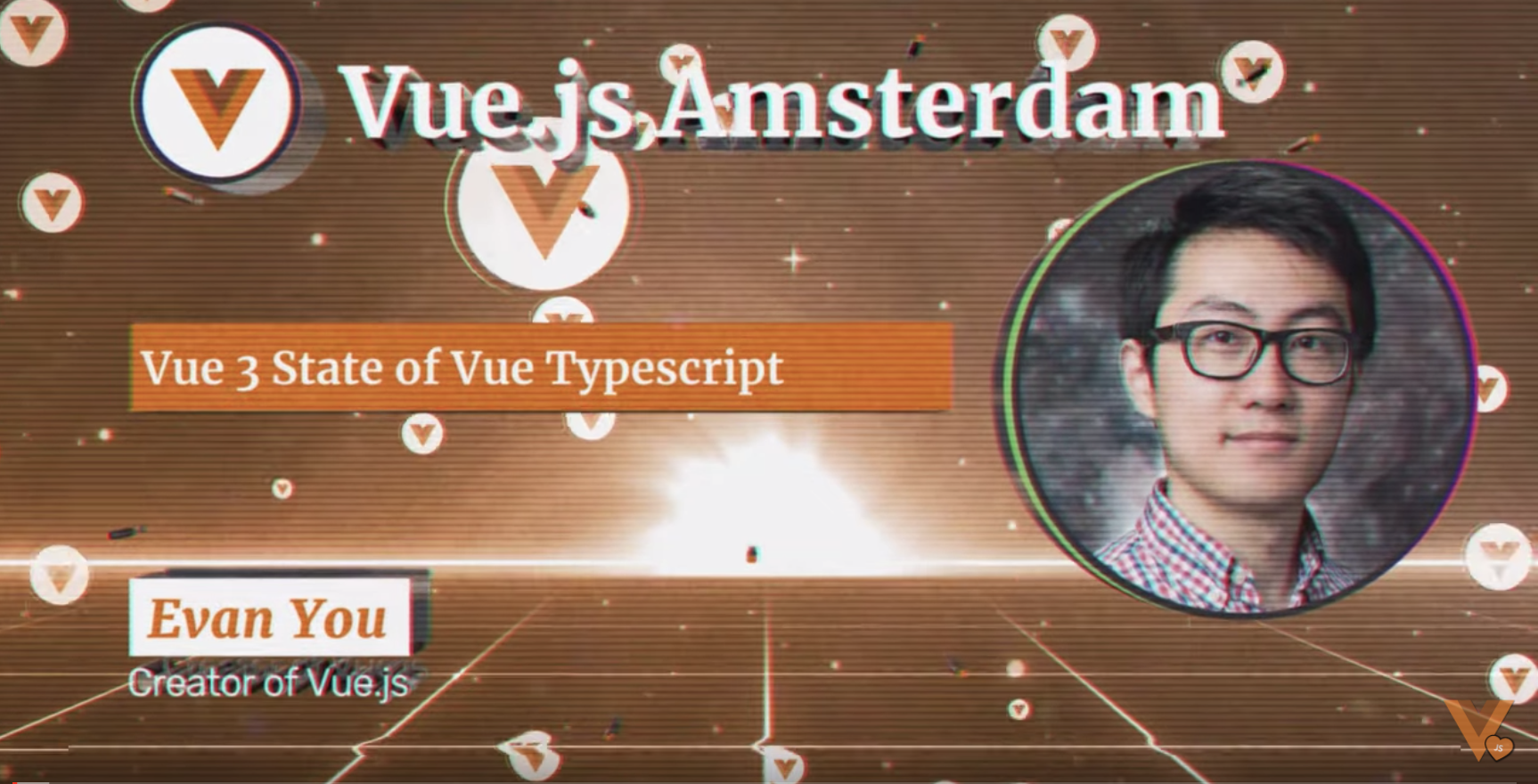 Another important topic was the composition API, which is currently (Vue2) only available as a plugin. It will be integrated into Vue3 and will bring an additional syntax with which Vue components can be structured more clearly. The re-use of the content is simplified. Gregg Pollack gave an excellent overview of the topic in his talk "Introduction into the Composition API," which you can also watch here.
More information about the Composition API you can find here: https://vue-composition-api-rfc.netlify.com/#summary

Besides many technical aspects, such as improvements in the Vue compiler, test styles, Vue route, the talks also covered the topic of climate change and how the tech industry can influence this. I highly recommend the presentation "Climate change and the tech community" by Callum Macrae.

Another topic was the handling approach to unit tests. The Live-Coding Talks, in which a working website with the corresponding API was set up within a short time (approx. 25min), should also be highlighted. An excellent example was the presentation "Fell Static with Nuxt" by Debbie O’Brien.

Between the talk blocks (3-4 lectures), there were plenty of hot and cold drinks with snacks, the lunch catering was very impressive with its street food-character. At the food stations throughout the venue, there were a plethora of options for attendees to satisfy their cravings. Here, the homemade burgers, sweet potato chips, couscous salad, and freshly prepared paninis show only a small excerpt of the variety of delicacies. For fans of games, the organizers put up some cool arcade classics as well. 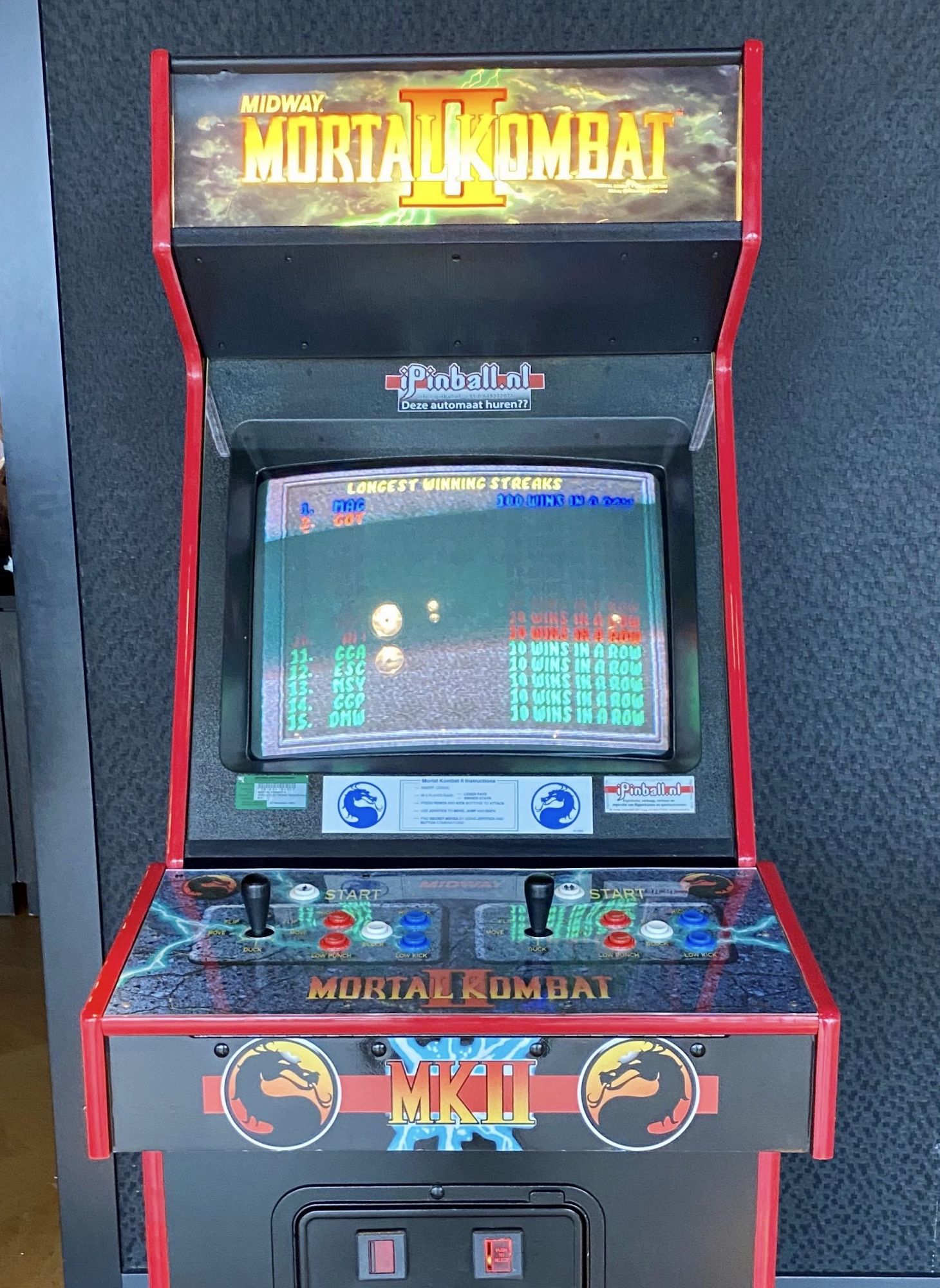 Despite the amount of input, 29 lectures in two days, I was able to pick out the information that is interesting for me. I have learned a lot that I will certainly use in my daily work.

The Vue.js Amsterdam conference was a lot of fun, in all aspects. From the organization to the course of events, the catering, and everything in between, I felt that it was a very intimate conference for the community. The top-class speaker lineup and the location at the harbor make this event a must for all Vue.js developers. It was a great experience to be there and share our knowledge with people from all over the world. We will certainly come back to Amsterdam in 2021.

You still haven't gotten enough input? Then you can find the links to the slides of all lectures on this page.

How does eSIM work - A best practice

Read more … How does eSIM work - A best practice

What is eSIM, and why is everybody talking about it?

Blockchain and eSIM are future technologies that drive changes in many markets, with the physical SIM card is soon to be consigned to history.

Read more … What is eSIM, and why is everybody talking about it?

Team building and interaction in times of Corona

What will our working world look like after the coronavirus pandemic? Read more here about this important question.

Read more … Team building and interaction in times of Corona

What does it mean to be an international working student at TDSoftware?

Read more … What does it mean to be an international working student at TDSoftware?