Some weeks ago, we released the new eSIM product in the DENT ecosystem – DENT TEAMS beta. Users can share their mobile data with anyone! This new web app is again a great achievement for the TDSoftware team and the result of the partnership with DENT Wireless LTD. Users buy a Worldwide Data Plan in the DENT app. They sign in to DENT Teams with their existing account and add team members to share their mobile data.

First, we decided to start with a beta version to test the acceptance of the new features and, if necessary, make adjustments before the actual release. That's why user experience is an essential part of product development. A DENT account is only necessary for the Agent, who is the person that shares their data with others. The people who receive the authorization to use the data volume of the agent don’t have to be registered users of the DENT app.

DENT Teams is more than a new feature for the DENT Apps! It is a new product with a new front-end and a lot of new features. The potential use cases are as varied as the people who could benefit from the possibilities of data sharing. The best part of DENT Teams? Its versatility!

The user validation in the DENT mobile App is based on a telephone number. The integration into a Web App was, therefore, a challenge for the development team. To enable users to share data volumes with other people, the TDSoftware backend team has implemented new user management for DENT Teams. The agent needs to be able to add new users and send them an invitation email, which includes a QR code. The agent needs the information, how much data volume has already been used, or the possibility to block team members. 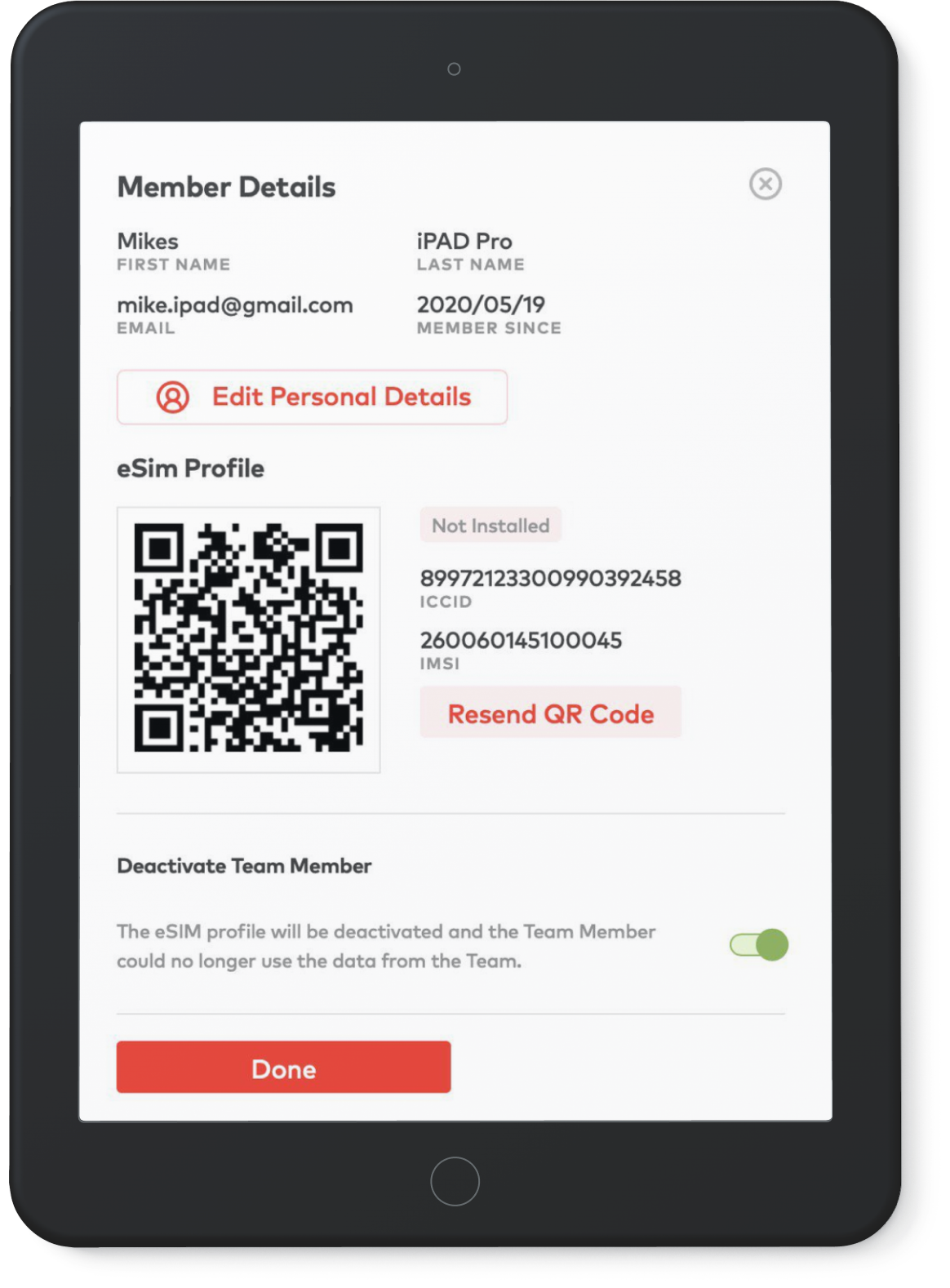 One challenge for the backend team was to integrate the new Web App into the existing and complex DENT universe. It now consists of three Web Apps: DENT Exchange, DENT Support Backoffice, and DENT Teams. The new application uses the same APIs that have been developed specifically for the native DENT Apps. Therefore only small changes were necessary to make it usable for DENT Teams. Thanks to the usage of the frameworks Nuxt and VueJS, DENT teams have been implemented within a short development time. Furthermore, because of the slightly different deployment, adjustments were made in the backend. Therefore, environment variables in the deployment process (Jenkins + Google Cloud + Docker) were rewritten and adjusted.

Although there are some challenges in the development, the advantages of a Web App still outweigh them. Native apps are programmed for a specific operating system, e.g., iOS or Android, and then run exclusively on their devices. It ensures that all interfaces of the hardware function uniformly and that the device's resources are used optimally. A Web App is nothing more than a specially programmed HTML5 website that recognizes the end device and displays the content optimized for it. It has a significant advantage that any end device that has a browser can use the app. Web Apps can be found via Google and Co. and used directly without installation. If a user saves DENT Teams as bookmarks, it can be used as an app via the Homescreen Short Cut - just like a native app. A further advantage is a significantly faster deployment. DENT Teams can be published and updated in seconds without having to go through an approval process. No App Store review is required, nor do users need to install an update. It allows changes to be played out to all users very quickly.

“DENT Teams is incredible. The ability to share data volume to your friends and family and give them internet access in seconds is completely game-changing. No annoying contracts are necessary. Start sharing data volume with just one login by having full control of the data balance at any time”, Sascha, Team Lead Backend at TDSoftware.

By releasing a DENT Teams beta version, we were able to launch a new, fully functional product, check features for acceptance, and collect customer requirements. These were sent directly to the development team, who are currently working on new features such as real-time updates of data usage or the quota limits feature. The latter enables the agent to determine how much each DENT team member may consume.

You will be informed about further innovations here in the journal or on our social media channels.

DENT Teams, the new eSIM product in the DENT ecosystem, enables mobile data sharing with anybody!